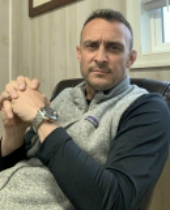 Born and raised in Southern Delaware...Kenton witnessed first-hand the sleepy towns on the Delmarva Peninsula transition into the mid-Atlantic regions most premier vacation and retirement destination. When the demand for housing and commerce on the Peninsula skyrocketed, Kenton saw a need for a paving company that could not only meet those needs, but one that would excel beyond the highest levels of professionalism and integrity in the paving industry. Kenton is an alumnus of West Virginia University in Morgantown, where he earned a B.A. Degree in Business Communication and a minor in Spanish. Prior to starting his own company, Kenton worked on a multitude of construction projects all across Delaware and Maryland where he gained years of experience in site work, new home construction, project coordinating, land approvals, & job estimating. Utilizing the skills and experiences acquired both in school and in his professional career, Kenton established Peninsula Paving in the Spring of 2010. Since this time, the company has tripled in size and has grown exponentially in it’s scope of services. The company now employs over 20 employees and has evolved into one of the most highly regarded paving contractors on the Delmarva Peninsula. Kenton is a licensed private pilot and thoroughly enjoys aviation. He is also an avid waterfowl hunter and sportsman, and serves as a committee member for his local Eastern Sussex Ducks Unlimited chapter. He also enjoys traveling with his wife Lynne, training his lab retriever “Chevy”, and playing country and bluegrass music on acoustic guitar. 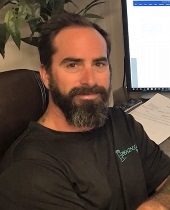 Upon graduating from Cape Henlopen High School in 1991, Brooks enlisted in the United States Navy for six years.  While stationed at Pearl Harbor, Hawaii, Brooks specialized in Tomahawk and Harpoon missile systems for two different guided missile destroyers, The USS Leftwich and the USS Lake Erie. He also served as a fire fighter and was a member of the security force on his ships. Upon completion of his enlistment Sean returned to his beloved Sussex County Delaware where he presently resides in his native town of Milton. Brooks was hired as a land Surveyor shortly after his return from the Navy by local engineering firm Davis Bowen & Freidel in Milford. For the next fifteen years, Sean was an integral part of the topographical, boundary, and site work layouts for many projects along the mid-Atlantic seaboard stretching from Cape Charles VA, to as far north as New York City. Some of his locally renowned projects include Bear Trap Dunes, the Milford Business Park, and the Dover Air Force Base just to name a few. In his personal time, Sean can be found in a duck blind with his two sons & dog Alby, or surfing at his local naval jetty in Cape State Park.  Sean has worked at Peninsula Paving since it’s humble beginnings back in 2010 and has the proud insignia of working at nearly every position within the company. 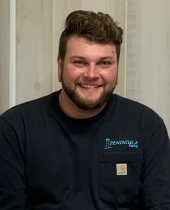 Quinn is a native son to southern Delaware where he was raised in Georgetown, DE. Quinn graduated from Sussex Central Senior High School in 2006. Upon graduation, Quinn’s work ethic and drive quickly transitioned him into a career in sitework as a heavy equipment operator and utility installer. His valuable technical skills and site expertise later moved him forward to a career with the international bridge building company named Skanska, based out of Stockholm, Sweden. Some of Quinn’s locally renowned projects include building the Indian River Bridge in Bethany Beach, and the Key Bridge in Baltimore, MD. Along with his bridge building and vast site work experience, Quinn’s well-rounded management experience, strong work ethic, positive attitude, and attention to detail make him a valued asset to the Peninsula Paving team. In his personal time, you can find Quinn relaxing on one of Delaware’s beaches, spending time with friends & family, or enjoying his free time on the water 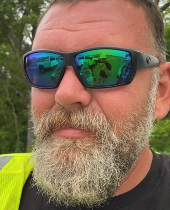 Paul has worked in the construction and asphalt industry for over 25 years, even while in high school, digging into hard, physical work at the early age of 16. He graduated in the top 2% of his high school class and then going on to further his education at college in York, PA. He quickly realized that working outdoors was the place for him and he continued his career by getting more experience in the construction field.

Through hard work, determination, a great work ethic, and eagerness to learn from his experienced mentors in the industry, he continued to grow in his career taking on more and more responsibility, challenges, and leadership roles. Paul quickly grew a broad and deep knowledge of commercial and residential asphalt paving, heavy equipment operations, maintenance, site work, utility work, excavation, project management, and property management.

After over 10 years of being in management positions and working frontline customer and vendor relations in the asphalt industry, Paul decided to combine his passion for the industry, leading teams, and doing top notch work into starting his own paving company. He found meaningful success as a small business owner for 13 years. Paul took great pride in completing a wide array of projects for residential, commercial, and government contracts through-out the mid-Atlantic region.

In the Spring of 2019, Paul joined Peninsula Paving bringing his vast experience, attention to detail, and excellent management skills to the team.Outside of work, Paul enjoys spending time with his family and friends, his two dogs (Boss and Copper), fishing, hunting, traveling, and dirt track racing. Jennifer holds a Bachelor of Science degree in Business Management from Wilmington University and a Master of Business degree from Salisbury University. As our Operations Administrator, Jen is responsible for the corporate bookkeeping, accounts payable, accounts receivable, scheduling, and the overall management of the office. Jen has over six years of accounting/bookkeeping experience, over three years of office management experience and over 20 years of experience in customer service. While Jen is very new to the paving/construction industry she has a readiness to learn, a very strong work ethic and isn’t afraid to “get her hands dirty” which makes her a great addition to the Peninsula Paving team. Jen is married, a mother of three teens and lives in Millsboro. In her “spare” time Jen enjoys spending time with family & friends at the beach, having barbeques, and around the bonfire roasting marshmallows.

Don't let old man winter
hold you back this season!

Call us today for affordable snow and ice eradication rates.